A Case in Point: The Holy Land Foundation Case

The post-9/11 persecution of Muslims is exemplified by the Holy Land Foundation Case, and today four of the defendants in that case are in Marion or Terre Haute.

The Holy Land Foundation Case belongs to a category of charity financing cases. As explained in "Victims of America's Dirty Wars":

Immediately after 9/11, the U.S. government moved to close down virtually all Muslim charities and both freeze and seize their assets, supposedly to prevent money raised in the U.S. from being used to finance terrorism abroad. The U.S. also preemptively charged the directors of several charities with financing terrorism, even when no money actually went to finance terror.

When charities tried to challenge the claim that they were financing terror, they were often met with a claim by the government that the information upon which the seizure was based was classified. According to the government, the charities were entitled to a due process hearing about the basis of the evidence for the seizure, but since the evidence was classified and the charity was not allow to see it, there would be no point in actually holding such a hearing. 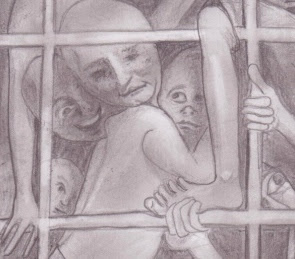 As further explained in "Victims of America's Dirty Wars":

The Holy Land Foundation, formed in 1989 to provide relief to the Palestinian people impoverished by the repression of the Israeli government, eventually became the largest Muslim charity in the U.S. In 2007, the Bush Administration brought criminal charges against six of the directors of the Holy Land Foundation for essentially sending money (between 1995 and 2001) to zakat (charitable) committees in Palestine that were supposedly controlled by Hamas, after Hamas was declared to be a terrorist organization. The first trial resulted in one defendant being acquitted and a hung jury for the remaining five defendants. A second trial resulted in those five defendants being convicted of providing material support for Hamas.

The five defendants were given very harsh sentences. Shukri Abu-Baker and Ghassan Elashi each received sixty-five years in prison; [Mohammad] El-Mazain received fifteen years. Two brothers, Mufid Abdulqader and Abdulrahman Odeh, received twenty and fifteen years respectively. All have families who are devastated by this criminalization of men who devoted their lives to relieving the suffering of the Palestinians.

During the trial, it was conceded by the government that the defendants had not encouraged or engaged in any violence, and that the money sent by the Holy Land Foundation had been used only to provide basic needs and services, such as building schools and hospitals for truly impoverished people. None of the money went to finance terrorism directly. But the government argued that since some Holy Land money went to zakat committees controlled by Hamas, the charity’s money had helped enhance the prestige of Hamas and allowed it to divert money from its charitable and social activities into promoting terrorism.

The defendants argued that the zakat committees were the only practical way to get money to people who needed it. Other organizations, including UN agencies and USAID, used the same zakat committees for the same reasons. If Hamas controlled some of the zakat committees, it was because Hamas was, in effect, the government of Palestine at that time, as shown by Hamas’s victory in the elections of 2006. The government’s successful prosecution of the Holy Land defendants meant that in effect, almost any support for the Palestinian people, no matter how compassionate the motive, could be prosecuted as support for terrorism as long as Hamas was the government.
More information on the Holy Land Foundation Case can be found on the website: Free the Holy Land Five: Restore Our Freedom to Give.

Ghassan Elashi wrote from prison about the case:

The Foundation was the largest Muslim charity in the U.S.  Just prior to its closing on December 4, 2001, by President Bush it had an annual budget of $13,000,000.  Meanwhile there are tens of charities in the U.S. providing support to illegal Israeli settlement built on stolen Palestinian lands. The closure and prosecution of the HLF and its offices, including me, is a reflection of the biased U.S. policy against the Palestinians and the unconditional support for Israel.

INCARCERATION AT MARION AND TERRE HAUTE 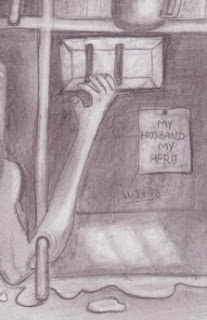 Currently, four of the five Holy Land Foundation Case prisoners are held at either Marion and Terre Haute.

Mufid Abdel Abdulqader is held in the Terre Haute CMU; he received a twenty year sentence, and his release date is set for 4/29/2026.

Mohammad El-Mezain and Shukri Abu-Baker are brothers, and are also in Terre Haute, though they are no longer in the CMU. (See "Brothers Mohammed Elmezain & Shukri Abubaker to Leave CMU for General Population".)

> Shukri Abu-Baker had the same sentence as Ghassan Elashi, hence release date is also 2069.
(One other defendant in the case was Abdulrahman Odeh, who also received a fifteen year sentence. He is held at Victorville MED II FCI.)


WHAT YOU CAN DO 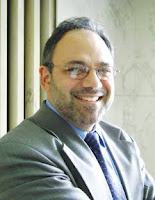 More information at:
Mufid Abdel Abdulqader on the Freedom to Give website


Drawings: Details of artwork by Shukri Abu-Baker
Posted by Joe Scarry at 4:42 AM

SALAM Illinois is an outgrowth of Project SALAM - Support and Legal Advocacy for Muslims. Project SALAM focuses on US post-9/11 prosecutions of Muslims, generally depicted as "pre-emptive," in which the prosecution is characterized by profiling, the use of “agent provocateurs”/ “informants", coercion, security theater, and other abusive practices.

SALAM Illinois has been founded to focus on providing support and legal advocacy for prisoners who fall under the Project SALAM description (above) and are being held in the U.S. federal penitentiaries (often in Communication Management Units (CMUs)) at Marion, IL, and Terre Haute, IN.

Contact Joe Scarry jtscarry@yahoo.com if you or your organization wants to be a supporter of SALAM Illinois.